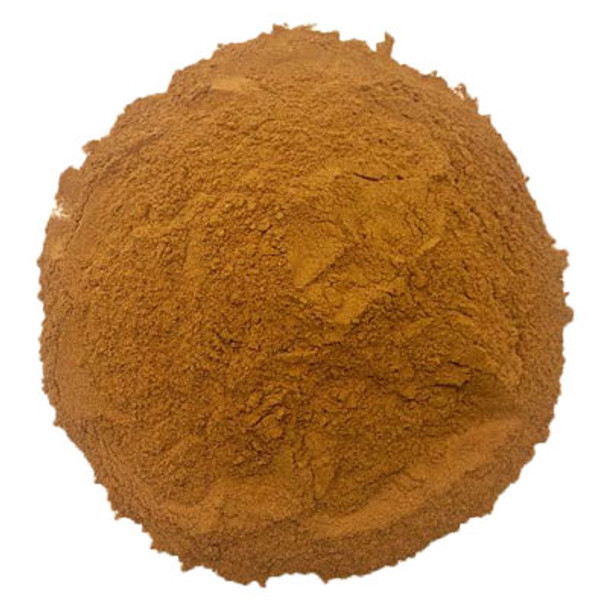 Cassia trees are trees of the genus Cinnamomum and are closely related to the Cinnamomum Verum or Ceylon Cinnamon. The inner bark of these trees is what gives us the Korintje variety of cinnamon. This variety of cinnamon is also alternatively referred to as Indonesian cinnamon, Padang cassia or Batavia cassia. Cassia or Korintje cinnamon has a distinctly mellow and sweeter flavor as compared to Ceylon cinnamon. It is thus widely used in applications where such a flavor is more desirable. Also, this variety forms a majority of the powdered cinnamon consumed across the world. Cassia or Korintje cinnamon is grown mostly in and around Indonesia, Burma and Madagascar.

Cinnamon is a highly versatile spice, useful in a variety of cooking applications. It lends a characteristic spicy and sweet flavor to the preparations it is added to.

OliveNation's Cassia cinnamon powder is a and natural spice. What's more, it is being offered at a great price and eligible orders get shipped for free. Plus, there are special rates for bulk purchases. Also, our 100% Satisfaction guarantee ensures that you get the best products, always!