The taste of licorice is one of the most distinctive flavors in cooking. Most of the licorice-type flavoring used for baking and beverages, however, does not come from actual licorice root (Glycyrrhiza glabra), but rather from two other plants, anise and star anise. The flower of the anise plant (Pimpinella anisum), a member of the parsley family, is the source of the small seeds known as aniseed. Similar-tasting but unrelated star anise pods come from Illicium verum, a small flowering tree found in Asia, most particularly China and Vietnam. What makes these very different plants all carry the familiar licorice taste is anethole, a natural compound found in all three. Fennel, another unrelated plant that tastes like licorice, also contains this compound.

How is Anise Used?

Anise was used as a flavoring agent and spice by Romans, Greeks, and Egyptians. In England, anise flavor was so popular by the early 1300's that the tolls charged for imports of anise seed helped pay for London Bridge repairs! Today anise is used all over the world in both sweet and savory recipes.

What Are the Different Ways to Flavor with Anise? 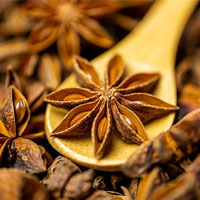 Anise vs Star Anise
Anis, or Anise, generally refers to the Pimpinella anisum plant native to the Mediterranean. The flowers of this plant product small, hard seeds known for their licorice-like flavor. Star Anise is the star-shaped (hence the name) dried fruit of the Illicium verum tree. Both ingredients can be used whole, ground, as an oil, or as an extract. Of the two, star anise provides stronger flavoring, making it the more common for use in extracts. Because the evergreen tree that produces star anise is native to China and Vietnam, this spice is immensely popular in Asian cuisine. In fact, star anise is one of the five spices used to create the classic Chinese Five Spice Seasoning! Star anise can be used to make a flavorful tea as well as for flavoring sweet or savory dishes. Star Anise is also known as Chinese Star Anise, Anise Star, Indian Anise, Takkola, and Chakra Phool.

Did you know... there are actually two types of Star Anise? Chinese Star Anise is the common ingredient used in cooking and baking. Japanese Star Anise, however, is poisonous and should never be consumed! 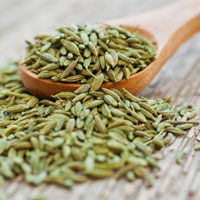 Aniseed is simply another name for anise seeds. These small seeds are used both whole and ground for flavoring dishes and baked goods. Like star anise, aniseed can also be used for making tea. However, this spice is perhaps most well known for its use in traditional cookie recipes such as Italian biscotti, pizzelle, and savory taralli, German springerle and pfeffernusse, and Mexican biscochitos. In addition, anise seeds are often used when flavoring cured meats such as pepperoni or sausage.

Anise vs Anise Oil
Anise oil can be produced from either anise seed or star anise pods. This food-grade essential oil is used in cooking as well as for candy making and chocolate making. Licorice-flavored confections are popular all over the world! Anise candy oil is more concentrated than other forms of anise flavoring, and should be used sparingly and with care.

Anise vs Fennel
Fennel belongs to the same family of plants as anise, and both contain the compound anethole which gives them their distinctive licorice flavor. Like anise seeds, fennel seeds are used whole or ground to flavor baked goods and meat dishes. However, fennel bulbs are also used as a vegetable and eaten either raw or cooked to add a deep note in savory dishes.

Anise vs Licorice
Licorice flavor comes from the root of the licorice plant. While licorice root was initially used to create the candy of the same name, the majority of black licorice candy today is made using different natural flavorings, including anise, as they are sweeter and less bitter than traditional licorice root flavor.

Anise vs Anise Extract
Anise extract can, like anise oil, can be made using either anise seed or star anise pods. This versatile ingredient is a bakery staple, used to replace aniseed or anise oil as a flavoring for cakes, cookies, sauces, and beverages. Because extracts are alcohol-based and contain water, they should not be used to flavor either chocolates or candies. Anise extract, however, can safely be to create delicious candy fillings!

Popular Anise/Licorice Flavored Liqueurs from Around the World:

Did you know... that anise-based spirits turn cloudy when water is added because of a chemical reaction known as "spontaneous emulsion"? This reaction is called the "Ouzo Effect"!

Does Anise Have Any Benefits for Health?

Anise has long been popular in folk medicine in addition to spice and flavoring use. Anise seeds in particular are very high in vitamins and minerals, including Iron, Manganese, Calcium, and Copper. The natural compound that creates the licorice-like taste, anethole, is known to be an antioxidant. Some of the many different ways people throughout history have used forms of anise include:

Did you know... that Anise is a popular bait used for hunting and fishing? The strong aroma is used by hunters both to attract deer and also to mask their own scent. Because fish are attracted to the smell of anise, many fishermen coat their lures in anise extract or oil!